Found myself in Castletownbere pre-dawn, and more worryingly, pre-shop opening! Luckily, when the spar did finally open its doors at 9.00 am, there were hash browns aplenty, along with lashings of tae.

Even more luckily, yesterday's glaucous-winged gull was picked up again off the main pier at about 9.45 am, with the help of some well-aimed bits of bread. And rather corking it was too... 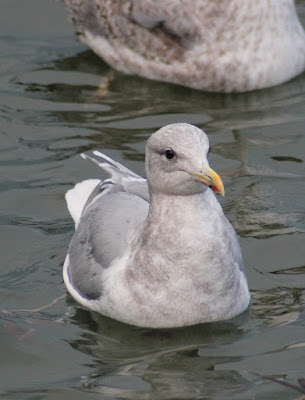 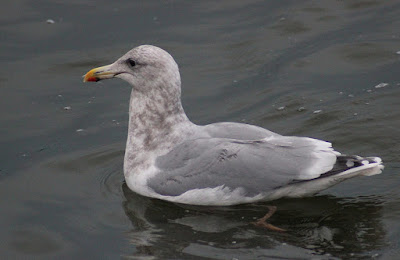 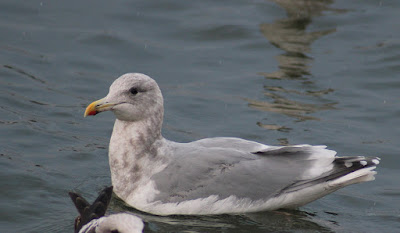 Not the most useful wing shot, as I think the primary tips are slightly bent, which makes the white look less extensive than it was, but its the best I managed to get. The grey on the primary tips also seemed to vary quite a lot, depending on the angle & the light - sometimes it looked quite dark-winged. I think the shots here show up as darker than in the flesh. I'm sure better shots are out there, but I was very pleased to get such close views!
Posted by Col at 2:59 PM